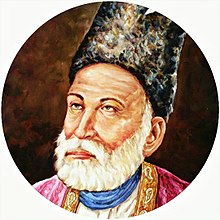 His honorific was Dabir-ul-Mulk, Najm-ud-Daula. Most notably, he wrote several ghazals during his life, which have since been interpreted and sung in many different ways by different people. Ghalib, the last great poet of the Mughal Era, is considered to be one of the most famous and influential poets of the Urdu language. Today Ghalib remains popular not only in India and Pakistan but also among the Hindustani diaspora around the world.

We have picked 10 Shayaris, which we hope you would like: